Cinnamon Apple Harvest Monkey Bread – So delicious and easy, made with a secret ingredient, that makes it so much easier! It’s finger-licking addicting! Can be made with only 5 ingredients! #warmtraditions 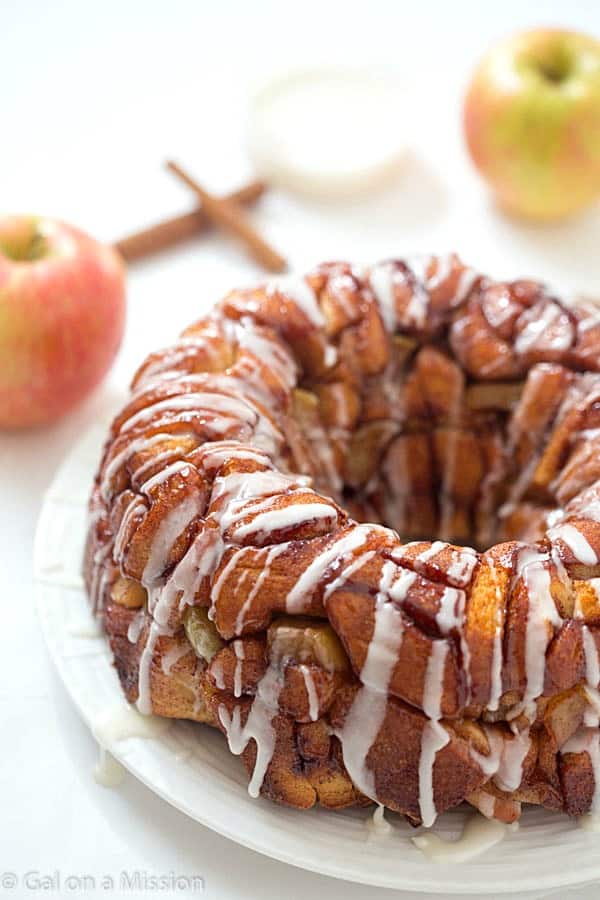 You are going to be shocked when I tell you what I made this incredibly tasty monkey bread out of! I couldn’t believe it with my own eyes when I started to put everything together in the bundt pan. Once I tasted just a little sliver, my taste buds died and went to heaven.

I am usually not the bold, pushy type, but you have to got to make this cinnamon apple harvest monkey bread. It screams bake me it’s the perfect fall dessert. 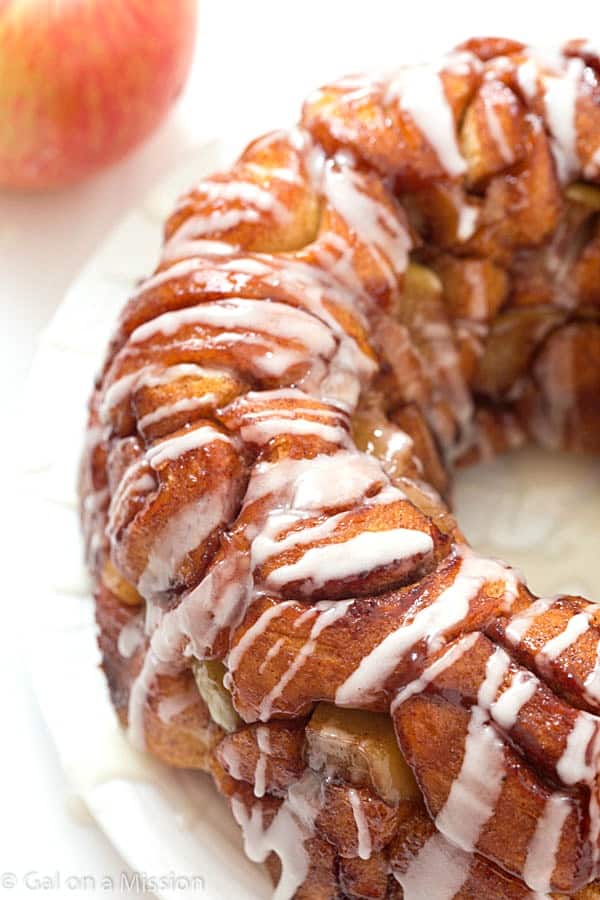 Take a little closer peek at the above photo, you can see the cute little apple slices poking through. And may I say, they are taste wonderful – little bit of sugar, cinnamon, a hint of nutmeg is all those apples need. Can’t forget the incredible glaze that is already ready for you to pour when it’s hot out of the oven.

Doesn’t you just want to grab a piece of your screen? Lucky me because I may or may not have a piece in my mouth. Now we are talking! 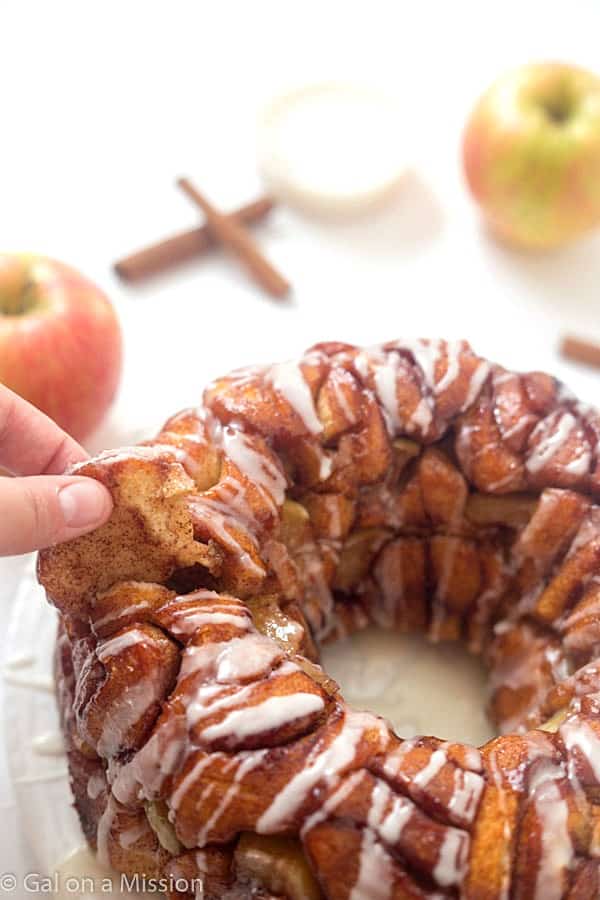 See the little sliver that’s being pulled. You know you want it? Heck, I do, even though I am munching on some now. Each piece is dipped into a mixture of sugar, cinnamon, and nutmeg. Mmmmm is right!

Surprise! The secret and incredibly easy ingredient that is needed for this monkey bread is Pillsbury Grands! Cinnamon Rolls. I may have destroyed perfectly delicious looking cinnamon rolls and chopped them in half and then in half again. Dipped them into a cinnamon-sugar mixture and then packed them tight into a bundt pan with chopped honey crisp apples.

And I am so glad I did it. So run to your local Walmart and pick up a few containers of Pillsbury Grands! Cinnamon Rolls! 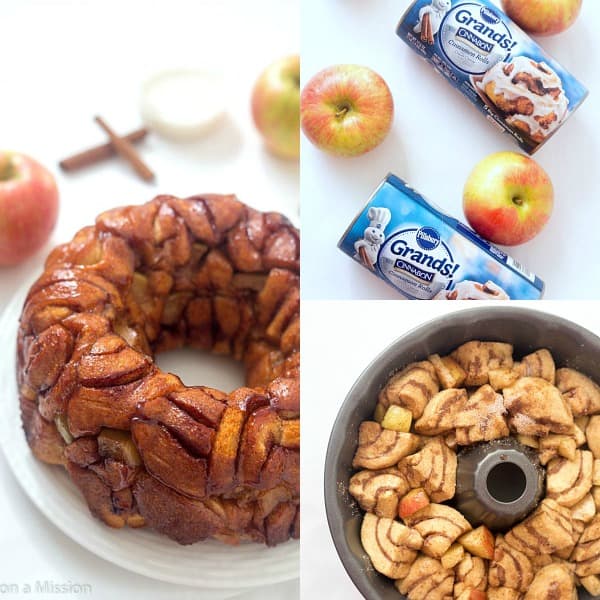 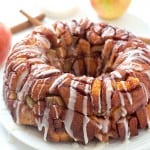 Cinnamon Apple Harvest Monkey Bread – So delicious and easy, made with a secret ingredient, that makes it so much easier! It’s finger-licking addicting! Can be made with only 5 ingredient

This is a sponsored conversation written by me on behalf of Pillsbury. The opinions and text are all mine.