This is a sponsored post written by me on behalf of Post Consumer Brands. All opinions are entirely my own.

Apple Pie Smoothie Bowl – If you love apple pie, you’re in luck because you can have this smoothie bowl for breakfast, as a snack, or even for dessert! This smoothie bowl recipe is so easy and comes together in no time! 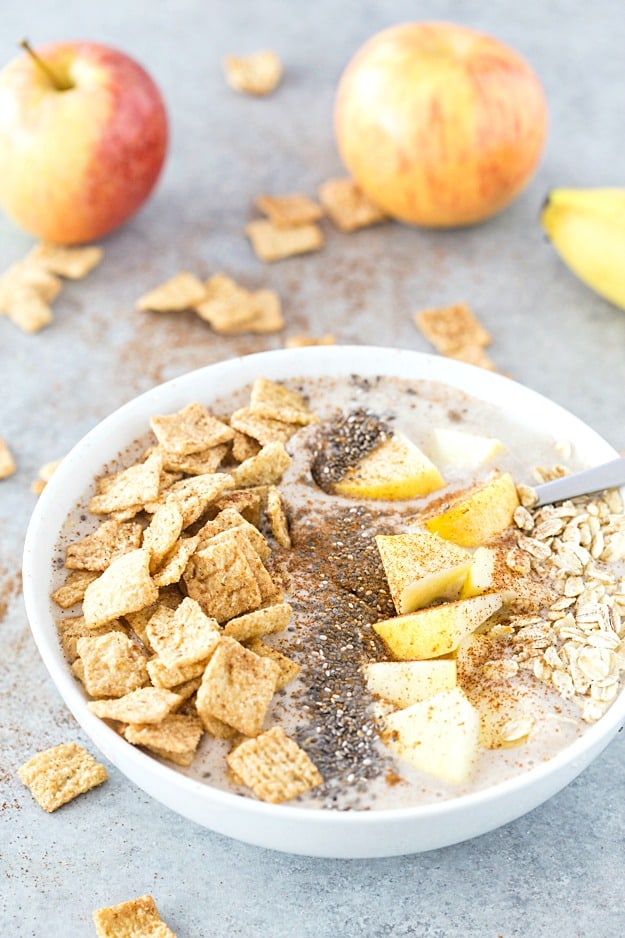 Summer is by far my most favorite season of them all. Summer is everything I would love in a season: the warm days, going to the beach, having fun at the pool, and having friends and family over for a backyard barbecue. There is one thing summer doesn’t have an abundance of and that my friends are in-season apples. They are juicy, flavorful, and ready for baking, dicing, or even adding them to your smoothie bowls.

If you are an apple pie fan, this is the smoothie bowl for you! It has everything you look forward to in an apple pie: cinnamon, apples, nutmeg, and cloves. The only thing you are missing is a scoop of vanilla ice cream, but I’m sure you won’t miss it when you take your first bite of this smoothie bowl. It’s creamy, it’s filling, and it’s perfect as a snack or even for dessert! 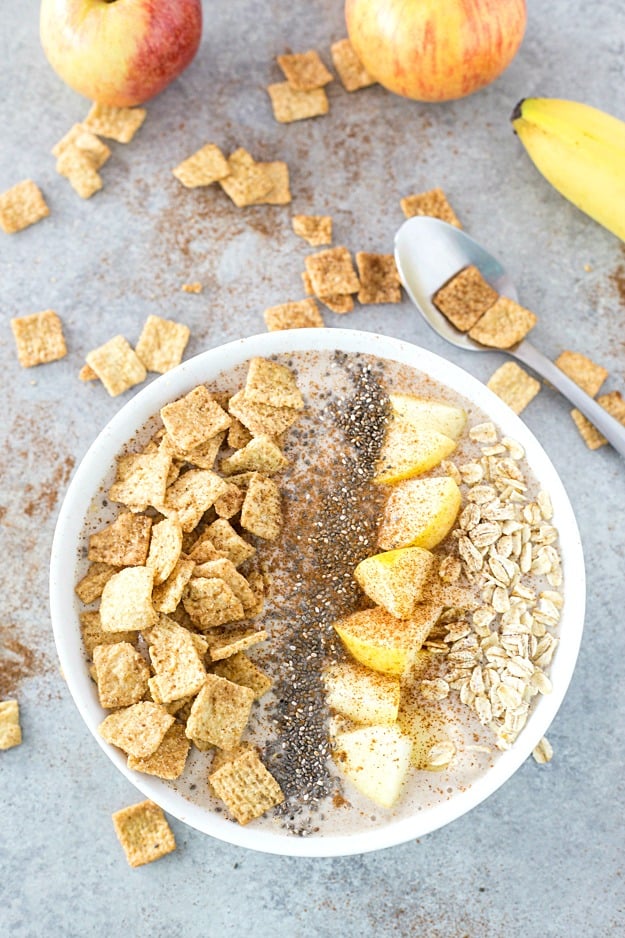 Most people enjoy sipping on their smoothies, but I like to have mine in a bowl with extra toppings. It’s all about the toppings, right? It sure is. The different toppings you will see on my apple pie smoothie bowl are, of course, diced apples, chia seeds, oats, Malt-O-Meal® Cinnamon Toasters (so good!), and a dash of ground cinnamon.

So the reason why I added Cinnamon Toasters Cereal to my smoothie bowl is that it’s crunchy, and it has a lot of cinnamon flavor which is perfect for an apple pie! If you’re like me, you may even eat all of the cereal before you get to the other toppings. It didn’t last long! Thank goodness this recipe serves two generous portions. 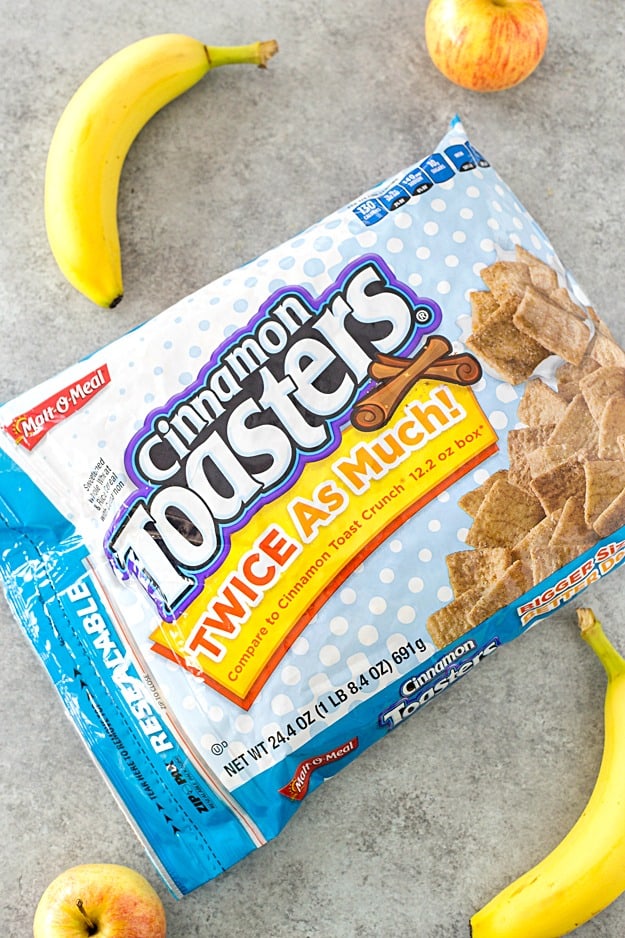 When storing any leftovers in the refrigerator, I highly recommend not putting the Cinnamon Toasters on top because they will get a little soggy on top of the liquid. With that being said, it will last for a few days, so they are great to make-ahead. 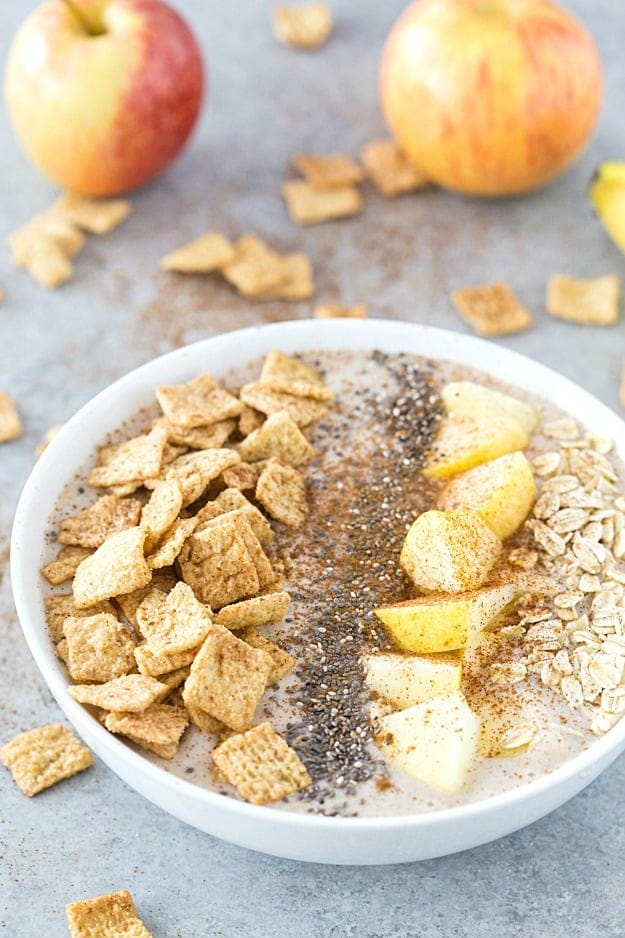 So many people always have boxed cereal in their pantries, but I love bagged cereal in my small house which has no pantry. The bagged cereal is perfect for placing in those super-tight corners and spaces. I even love laying it on top of other items in the pantry. You have to get a little creative when you have a small house!

Apple Pie Smoothie Bowl - If you love apple pie, you're in luck because you can have this smoothie bowl for breakfast, as a snack, or even for dessert! This smoothie bowl recipe is so easy and comes together in no time!

*Nutrition information is calculated without the additional toppings.